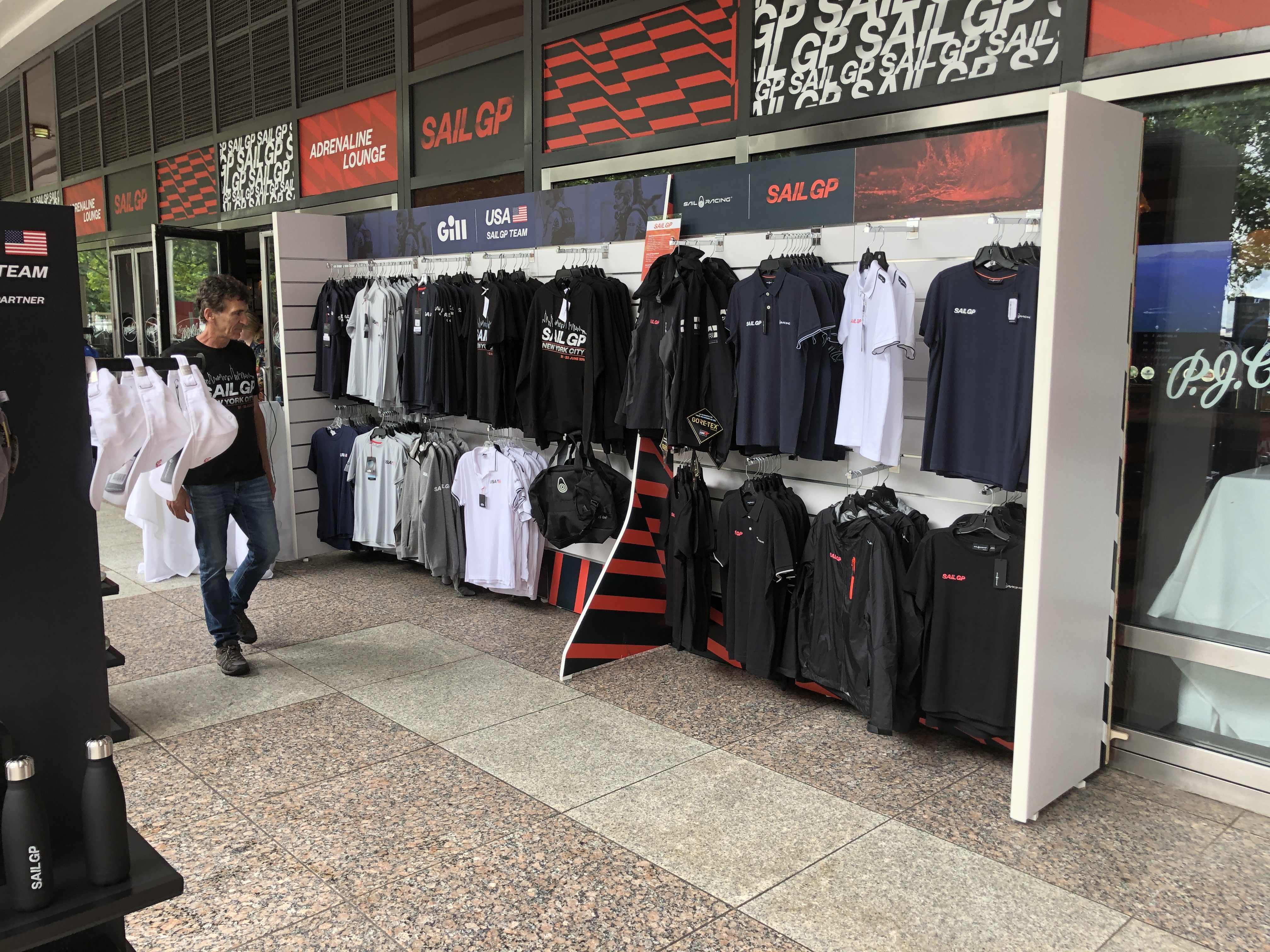 Event Merchandising built and operated state of the art retail container and pop up stores for Sail GP in San Fran and New York.

Event was vending a high end range of performance clothing and accessories. 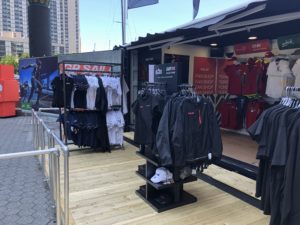 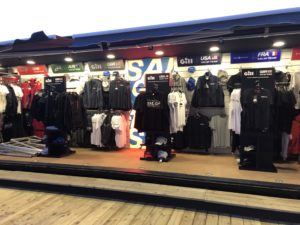 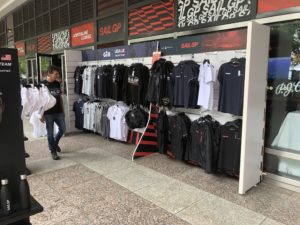 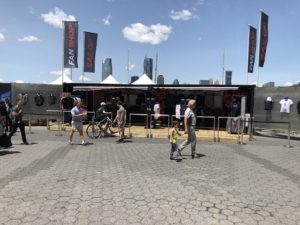 In front of lhuge crowds lining the waterfront in downtown Manhattan, the Japan SailGP Team – led by double Olympic medalist Nathan Outteridge – beat off strong competition from Tom Slingsby’s Australia SailGP Team to win its first event in the inaugural SailGP season.
An intense final match race took place between the two notorious rivals on the Hudson River racecourse, which saw drama before the start as the high-powered F50s, capable of intense speeds, made contact. A penalty to Australia saw Japan eventually get the better of the season’s leaders and take the victory in New York.SailGP’s next stop is Cowes, UK, over the weekend of August 10-11, when the home of British sailing will be able to witness the intense racing and awe-inspiring speeds of the F50s.