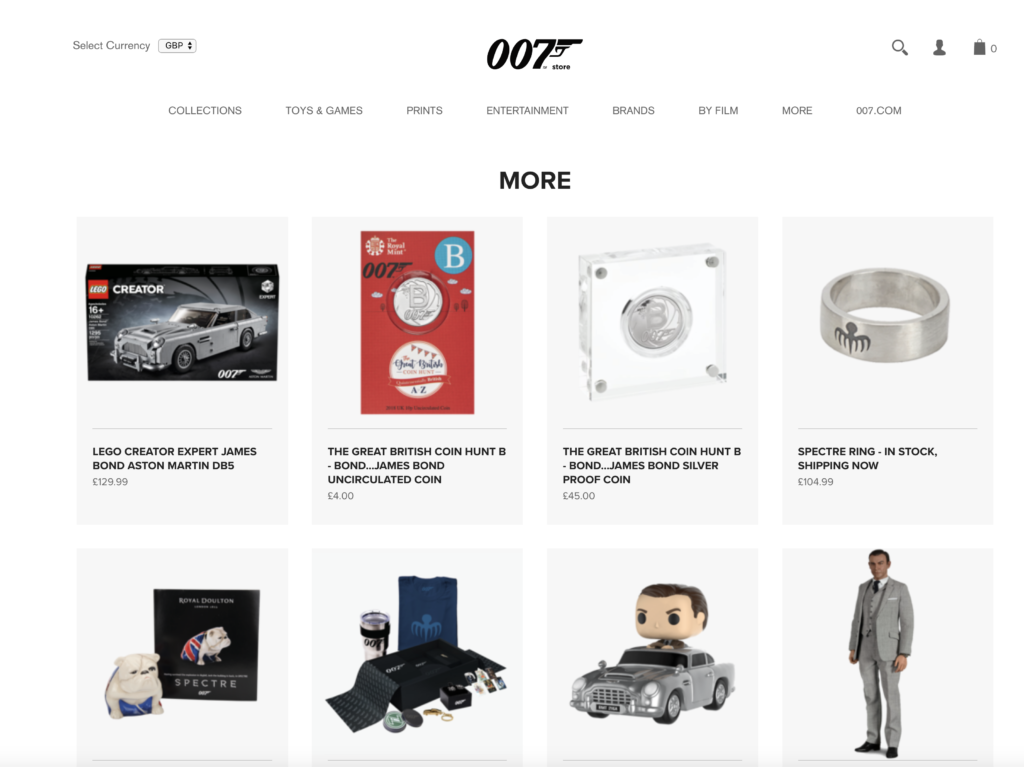 Event Merchandising has agreed a new partnership with EON Productions to run 007store.com. Event! will work closely with EON Productions and its Licensee’s in further developing it’s global merchandise appeal direct to the fans and will be developing unique products from the collection of films that form the backbone of this uniquely British franchise. The James Bond films have defined the spy genre since the release of Dr. No in 1962 and have served as a cultural touch point in a legacy that maintains popularity into the modern era of cinema.

Jeremy Goldsmith, Managing Director “We are thrilled to have the opportunity to work with EON Productions  and provide 007 products to fans around the world. With the release of James Bond 25 in 2020, we very much look forward to continuing to grow and expand our online retail sector of the business.”

About Event Merchandising
Event Merchandising, with headquarters in London, and further offices in Pinewood Studios and Berlin, is a worldwide merchandise company. Event Merchandising services range from designing and manufacturing creative products to retailing at live events, devising pop-up superstores and running online shops globally. Established for over 35 years, Event Merchandising works in partnership with some of the world’s most recognised brands, events and influencers in film, sports, music and entertainment.